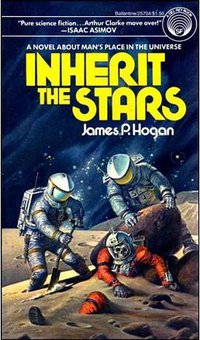 The man on the moon was dead. They called him Charlie. He had big eyes, abundant body hair and fairly long nostrils. His skeletal body was found clad in a bright red spacesuit, hidden in a rocky grave. They didn't know who he was, how he got there, or what had killed him. All they knew was that his corpse was 50,000 years old; and that meant that this man had somehow lived long before he ever could have existed!
"Pure science fiction... Arthur Clarke move over!" - Isaac Asimov
"'Hard science' fiction with a lovely vengeance, but done so well that almost no scientific background is needed to understand and enjoy it... Highly recommended." - Analog Science Fact & Fiction
"Intellectual action portrayed as excitingly as any space war-a truly absorbing read, and a reminder that learning is one of the greatest human adventures." - Publishers Weekly