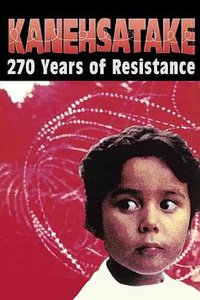 This film documents the 1990 crisis when Native Americans of the Mohawk Nation blocked access to reserve land which was being appropriated against their will by the White community of Oka, Quebec, Canada. What this film shows is the initial incident and the resulting siege from the Mohawks point of view as an illustration how this is simply a result of resistance to 270 years of European racism pushing them around and leading up to this confrontation.
On a hot July day in 1990, an historic confrontation propelled Native issues in Kanehsatake and the village of Oka, Québec, into the international spotlight and into the Canadian conscience. Director Alanis Obomsawin endured 78 nerve-wracking days and nights filming the armed stand-off between the Mohawks, the Québec police and the Canadian army. A powerful feature-documentary emerges that takes you right into the action of an age-old aboriginal struggle. The result is a portrait of the people behind the barricades, providing insight into the Mohawks' unyeilding determination to protect their land.